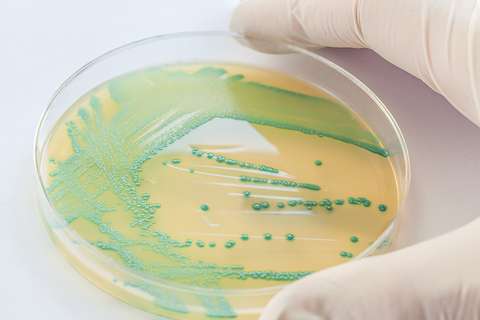 …And right on cue, too. It’s been about 2 years since superbug experts predicted we’d hit this point—when bacteria became stronger than even our backup, last resort antibiotics, and this is the early end of when we’d hit this mark (although I’m sure they left a window for something new to come along and change things, or just not to sound too fear-mongery). But now, we’re on the cusp of an “Antibiotic Winter” that will be reminiscent of a time before antibiotics.

But they were right! What does it mean, and where do we go from here?

The discovery is a specific gene found in E. coli bacteria (don’t worry, it has yet to be tied to the Chipotle/lettuce/celery outbreak in the US). The gene, found in an E. coli strain in China, gives it protection against one of our last effective antibiotics, and, unfortunately, is a gene that could potentially be easily shared with other bacteria. While it’s not spread yet, it’s being closely monitored for this reason.

How did it evolve? This particular strain has been tied to using antibiotics preventatively, rather than proactively, when raising livestock. It’s a practice common all over the world, although many countries are developing policies against the practice (the good news is that cutting back our use of antibiotics resets things—it’s energy intensive for bacteria to be so defensive to everything, so antibiotic resistance cools down when we use antibiotics responsibly. The bad news is it’s a policy, not a law, and would be hard to enforce anyway, so there’s no guarantee people are following it. You can vote with your dollar and buy antibiotic free products, though!).

What about our last line of antibiotics? Why aren’t there new ones?

The last line of antibiotics are ones that are incredibly hard on the body. Side-effects so bad it may actually be the antibiotics killing you, not the infection. Not using them has kept them away from bacteria so they couldn’t have developed resistance to them (or rather, did so much more slowly).

The harsh side-effects are also why new antibiotics aren’t as actively developed. You can’t really appreciate killing the bacteria if you die, too!

There is hope for antibiotics, though. Researchers are looking outside of the lab for new lines. Rather than build on the antibiotics we already have, they’re exploring other bacteria, fungi, and even viruses to see if they might be safe for humans while destroying antibiotic resistant bacteria like E. coli, MRSA, and TB. It’s not easy, though. They’re going into harsh environments (caves, lake beds, lots of creative places) to try and recreate the discovery of Penicillin with something else (basically).

America Has It’s Own Superbugs

In addition to MRSA, which is getting worse (1% of the population is already a carrier, and may suffer extreme side-effects if treated with antibiotics), there’s a strain of CRE starting to gain traction that’s pretty virulent. Even if it takes awhile for the new E. coli strain to get here, there’s lots of bacteria already here to take a stand against.

The BEST thing you can do is wash your hands. Really! But humans are oddly resistant to the idea. Germ theory was put forth as early as the 1500s by Paracelsus… but no one took him seriously! It wasn’t until the late 1800s that most doctors adopted the life-saving practice! And only then because hospitals were originally for the lowest class—vagrants and sex workers (everyone else still got house calls)—not because technology was slapping them in the face with germs and better outcomes. Even today hospitals struggle to enforce hand washing among doctors!

But hand washing is super effective at keeping you, and the people around you safe.

It may also help to grow and support your own colony of helpful good bacteria with probiotics.

And as always, you can support your immune system with colloidal silver.