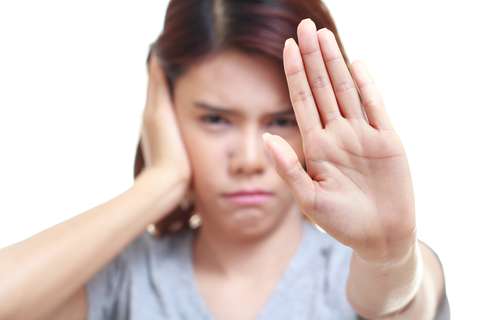 “It’s all fun and games until someone pops an ear drum.”

If you’re American you’ve probably used a Q-tip in your ear at some point. And if you’re tuned-in to health news, you’ve also probably seen at some point or another that you’re really not supposed to (or just read the box, which specifically warns against it).

This year, an advisory panel of the American Academy of Otolaryngology-Head and Neck Surgery is making another push in the campaign against over-cleaning ears, including making their guidelines patient friendly. Why? Because their experience is that most people want to be involved and in charge of their own health! And that’s a good thing, they just want to redirect you a bit…

“Don’t stick anything smaller than your elbow in your ear”, say the guidelines, and that includes not just Q-tips, but toothpicks, hairpins, and other devices people use to scrape out their own gunk (they warn against ear wax candles, too!).

They also want you to know… gunk is good! You only need to clean the bit that (eventually) expresses out of your ear canal. Talking, chewing, and regular general cleaning (a shower) should be enough or your ears to naturally clean themselves.

The problem is, cleaning your ears can be literally addicting. At first it’s uncomfortable to stimulate the small hairs in your ear canal, but they quickly get used to it, and you can crave the absence of it. There’s a whole internet subculture of people who go too far in these sorts of grooming efforts, and it’s something to avoid. Not only can pushing a cotton swab or other instrument into your ear actually cause earwax to become compacted over the ear drum (if you’re not already going deep enough to cause damage to your ear drum or even dislodge the tiny bones in your ear), but any instrument can cause micro tears in your ear, drastically increasing the risk of infection.

In fact, ENTs (ear-nose-throat doctors) accuse this sort of self-cleaning as being a leading cause of what brings in patients, many of whom are surprised to learn they’ve started themselves down the road to hearing loss.

According to the professionals, it’s rare that anyone would need extra help clearing ear wax out of their ears! (Most cases of build-up begin in old age).

But if you think you have too much, here’s what’s ok to do:

-Start by making sure you’re getting a little warm water in your ears when you bathe. It’s also safe to spray in a little colloidal silver if you need extra ear support (over cleaning can cause acne, abrasions, or just make infections more likely, so many of us do need more than just a little water!).

-If your ear wax is hardened or stuck, there are numerous over the counter solutions that gently soften ear wax while you’re showering.

-It’s also OK to use some other home treatments, like garlic infused oil or just a lubricating oil drop before swimming (just don’t put too much in and block/create tension).

-And in the vein of “nothing smaller than an elbow” be sure to avoid ear plugs, in-ear headphones, and other common devices that trap and encourage bacteria growth. Combined with over-cleaning, it can lead to some serious infections (if you’re thinking “I’ve gone ten years with no problems”… wait until age weakens your immune system, or you get a small scratch that gets out of control).

If you are already down the rabbit hole of chronic ear infections, give yourself an immune boost with colloidal silver to help break the cycle.

Share your thoughts about ear care in the comments: