Bird Flu Spreading Through US South 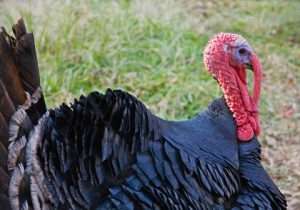 Minnesota, Missouri, and Arkansas are all trying to contain bird flu. Cases have begun cropping up in the last few weeks, with the likely culprit being Canadian geese (this is the same problem that the West coast had that infected backyard flocks).

Texas is promising to take steps to stop bird flu from crossing state lines, and there are worries about the likely sanctions on trade that will come from other countries.

H5N2, the strain that’s also infecting the west coast, is fairly virulent. Stopping its spread will be difficult, since birds are messy (a stray feather, some poop, any number of things could spread it). There’s also the risk that as it spreads, it will evolve to become even worse—we just have to look at China’s struggles with bird flu for examples.

Chinese bird flu is at the point that it can be transmitted through the air several city blocks (between birds, not people). To stop the spread/mutation of the virus, here and in China whole flocks are culled. As bird flu spreads, this could really have an impact on the price of fowl.

There’s also the risk that if it gets out of hand, it will become transmissible to humans. In general, bird/swine/dog/seal flus are only transmissible to people who come into close contact with an infected animal, and then people who take care of them. The real threat is if it infects enough people to learn how to better infect humans.

What’s the risk of that? As wild birds fly south, more countries will have to help with watching for symptoms of bird flu (disoriented, lethargic birds) and culling infected flocks. In impoverished areas, backyard flocks may give the virus ground to thrive for a little while. But, I can’t say how things will be handled for sure.

In any case, we need to get used to the US having bird flu. China has been on top of their outbreaks, but bird flu still crops up every year—so we should expect something similar (our strain is milder, at least).

It should still be safe to buy and eat chicken as long as proper food safety practices are followed. Anything that touches raw meat, or is in the splatter zone around where it’s prepared, needs to be washed. Wash your hands frequently as you cook/before eating, and avoid touching your face. Make sure that food reaches a safe temperature (a good meat thermometer isn’t too expensive—and worth it. The other advantage to have germ free meat is not having to overcook it to be on the safe side).

And as a fall-back, keep your immune system supported with rest, exercise, good nutrition, and colloidal silver. I’m pretty on top of following these outbreaks, and even I’m surprised at how fast bird flu has spread in the US (I guess I don’t know much about bird migration or what’s been going on in Canada, where the strain is from). I’d be willing to bet there will be a bird flu vaccine soon (we already have one to protect birds from salmonella). That will at least keep the commercial side of things going.

What do you think about bird flu in America?