Could Chicken Be Delivering Incurable UTIs? 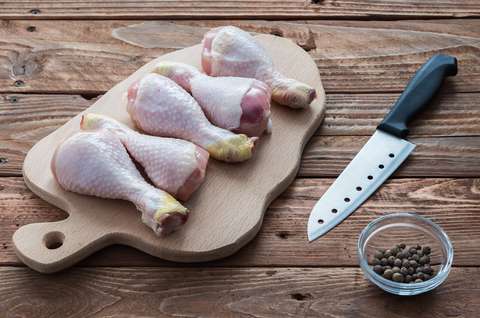 If you haven’t heard of the new superbug strain of E. coli, here’s what you need to know: although it was discovered in China, it was already everywhere. The gene that gives it its antibiotic resistance is on a part of DNA that jumps to other strains easily, and now that we know about it, old samples are being re-tested and the prevalence that it had just a few years ago was already something to be concerned about… we just didn’t know it yet.

Where do chickens come in? The origin of most superbugs are the animals we raise and eat, and there’s a lot of evidence to point to chickens, in particular, bringing it into our homes and bodies.

One of the samples tested was for a UTI—for which E. coli is the most likely source. (UTIs are really common in humans.) See how this all adds up? The consequences for a world without antibiotics aren’t just for major but less common things (like no infection protection for surgeries) but for day-to-day issues, which aren’t just going to be harder to handle, they’ll be life-threatening.

What to do about superbugs? Good hygiene habits are a big part of prevention. Frequent hand-washing, as well as good kitchen (so raw meat doesn’t contaminate anything) and bathroom hygiene (to help prevent UTIs). When it comes to UTIs, other good habits, like drinking lots of water, are important for prevention, too.

In developed countries, we’re wising up, and cutting back on the use of antibiotics on livestock, but developing countries are just getting started. Since the new, super-resistant genes travel easily, it will take a global effort to resist antibiotic resistance.

Finally, don’t skimp on immune support. Colloidal silver is a valuable tool for supporting your health, so make sure you have some on hand!