We All Need to be Looking Closer at Antibiotic Resistance 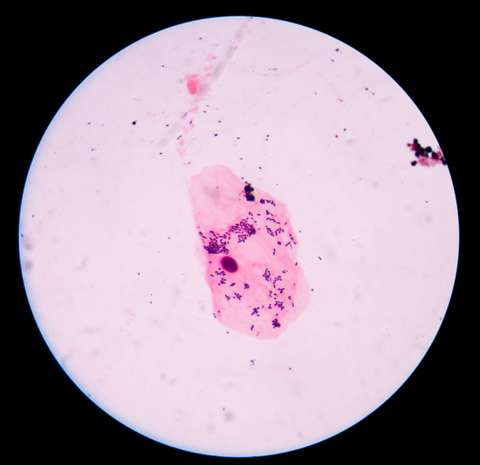 “Complications related to…” is a neat little phrase put on death certificates that can be horribly misleading. Most people understand that with even a mild disease, one thing can lead to another until you’ve got some pretty serious complications (TV dramas about doctors have been around for decades, I’m sure you’ve seen at least one)—and that’s a reasonable use of the phrase. But it’s not uncommon for hospitals to use it to cover their own blunders. In fact, it might be more fair that in a growing number of cases, it should say “complications related to hospital stay”, not accident/illness/etc.

Specifically, I’m referring to the growing number of deaths related to antibiotic resistant diseases, and MRSA in particular. Reuters recently called out this exact practice, because it obscures the exact toll of human lives to antibiotic resistant illnesses. According to the CDC, just being a patient in a hospital gives you a .05% chance of dieing from a hospital acquired infection (actual chance of getting an HAI is about 10-12%). That’s 1 in 200 people, and it very well may be an underestimate, since bacteria like ElizabethKingia (which attack people with extremely weak immune systems and a host of issues) fly under the radar.

There are other problems with how antibiotic resistant infections are tracked and recorded, and that’s before we talk about ones that don’t occur in hospitals.

STDs like gonorrhea and chlamydia are growing increasingly resistant (since most people put faith in antibiotics, they don’t receive the follow-up care needed to ensure the disease was treated, not only spreading infection, but spreading an antibiotic resistant version). It’s not just mobile dating apps spreading them, it’s lack of awareness about their increasing strength.

And food-borne illnesses like Salmonella are growing more resistant, too. In fact, the resistance of Salmonella has more than doubled over the last decade, and that’s before the new drug-resistant super strain of E. coli was discovered. The gene that gives this new E. coli strength has been shown to be highly communicable to other types of bacteria, so more categories will soon be antibiotic resistant.

The two most important things you can do about this alarming trend are wash your hands, and raise awareness.

Hand washing is the most effective way to stop the spread of most forms of infection, bacterial or viral. Increasing your hand washing a little (after being outside/in a crowd, before cooking and at different preparation steps, and throughout the day during flu season in addition to before leaving the bathroom makes a huge difference in study after study).

Awareness leads to action, too. It’s knowing not to badger your doctor for antibiotics, or to choose a doctor who doesn’t pass them out like candy. Antibiotic won’t treat many common infections, like sinus infections, since they are actually caused by viruses. Taking antibiotics when you don’t need them increases your risk of becoming a carrier of antibiotic resistant bacteria, including MRSA. That means the next time your immune system is weak, or you get a minor abrasion, you could be at a much increased risk for complications.

You can also take steps like keeping your immune system strong. Colloidal silver is a good daily support for your immune system, especially in addition to healthy practices like getting enough sleep, exercising, and eating lots of fruits and vegetables (just wash and cook things appropriately to avoid salmonella and E. coli!).