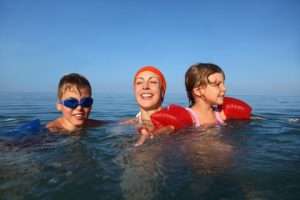 Colloidal silver (pure water and nano silver particles) is effective against bacteria, viruses, fungi, and other pathogens like amoebas. A new study (funded by Malaysia) has shown that it may be useful in the fight against brain eating amoebas.

When the first brain eating amoeba case happened a few summers ago, experts urged everyone to stay calm—after all, this was thought to be a less than once a century occurrence. Well, they were wrong. Every summer, at least a few swimmers get warm, dirty water up there nose—and a brain eating amoeba infection (aka Naegleria fowleri). Water parks, warm lakes, hot springs, and other popular swimming holes can all grow it. While medicine is available, catching it early is required and not every hospital carries a dose.

Treatment is also harsh, with the antimicrobials needed carrying their own side-effects.

The best news? In this in vitro experiment, human cells were left unharmed. This aligns with previous research on nano silver particles.

Silver, at least, is much more available and affordable than pharmaceuticals. It’s safe, has a long history of effectiveness, and it’s long past due that researchers “officially” explore it for the benefit of everyone.

In the meantime, colloidal silver is still available to everyone as an immune system supporting supplement.