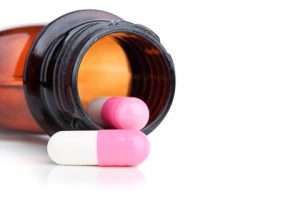 When you’re sick, it’s miserable, no matter if you’re severely ill, or it’s just trickling along. There’s a huge desire to do something to fix it, even when the best course of action is to lay back and let your body heal (possibly with some immune support, like colloidal silver).

Still, many Americans are still dragging themselves to the doctor every time they get sick. Sometimes it’s necessary, like if you need verification for work, or if you have a weakened immune system and need to be monitored (like with infants, people with a chronic illness, or the very old). But it’s important to remember that if they don’t send off to a lab or verification, their diagnosis is just a (very educated) guess, one that’s pressured to be a certain way by your mere presence in their office… they know you want action. So even though doctors also know that sinus infections, bronchitis, colds, and flu are all caused by viruses and untreatable with antibiotics, they still prescribe them, partly to indulge patients, and partly because they breed self-doubt.

But what happens next? Some people experience a placebo effect (or lucky timing) and their symptoms get a little better, but your body still has to kick the virus (and you don’t want to skip out on good old rest and fluids because you got a prescription!). Researchers are saying that on average, we’re all getting too many antibiotic prescriptions, and that adds up to superbugs, or antibiotic resistant bacteria.

When you take a lot of antibiotics, the bacteria you naturally carry start to become antibiotic resistant. This might include some bad pathogens, like staph, on your skin. Small amounts waiting for your immune system to weaken, ones that you’re carrying but not infected by. Then, when you do scrape your knee or get sick with a bacteria infection, things can go bad fast, because antibiotics won’t be able to fight the resistance mechanisms the bacteria have built up.

The good news is you have an excuse to stay home and put your feet up when symptoms of cold or flu appear, rather than spend an hour or three in your nearest urgent care. If you want to support your body as it fights off winter viruses from colds, flu, and sinus infections to Norovirus, make sure that you’re getting daily immune support from colloidal silver.