Is An Ebola Pandemic Inevitable? 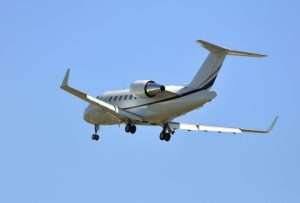 Millions of dollars are now regularly being donated to the African ebola outbreak to try and stop the disease from spreading. Despite best efforts, it’s growing at an increased pace. In just two days the number of people infected jumped by about 10%.

And experts are still warning that things will get worse before they get better—when new clinics open, beds fill immediately. Resources are limited, even with more flooding in, and doctors are struggling not to succumb to the disease themselves. Pleas are being made for wealthy countries to send more resources (note, the US has already sent our remaining supply of our best ebola drug, although both the US and Canada say they are close to breakthroughs on new treatments and vaccines).

Everyday that the virus rages out of control is another day that another country could catch the disease.

While about 4 in 10 Americans fear the virus—that’s not quite warranted. It’s not likely ebola will cross our border (at least not before it’s in other places like Europe), and we don’t have to worry until that happens (although if it does… well, our hospitals aren’t foolproof, and it would only take one sick food service worker for it to spread like wildfire).

As a final note—are you familiar with how ebola works? In the end, it’s not actually the virus that gets you, it’s the immune response the virus triggers. The end result is a huge immune system attack that wrecks the body, leaving blood pressure very low. One of the main treatments for ebola is fluid replacement—and it’s something that is hard to manage when you don’t have enough workers and resources.

On the other hand, the US does have the resources. If we see an ebola outbreak, we will have enough resources to take care of people. In Africa, we’ve reduced the death rate from 9 in 10 to 6 in 10. In the US, that would almost certainly be even lower because there’s no shortage of food/nutrition, IV bags, and people who know how to administer treatment.

When it comes to a possible ebola pandemic, are you glass half full, or half empty?