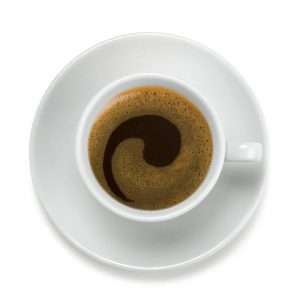 If you follow health news headlines, you may have seen the backlash against support for a coffee colon cleanse/enema. For most that probably sounds like a bad idea right off the bat, but if you think it might have any benefit, beware the potential side-effects: dehydration, nausea, vomiting, diarrhea, or even death.

With ideas like that getting pushed around, it’s important to hold onto common sense, and to evaluate diets, cleanses, and detoxes against things you already know or have experienced. For one, they shouldn’t hurt or make you sick.

Here’s a safer, easier way to cleanse out toxins and heavy metals: Zeolite. Zeolite is formed when alkaline groundwater meets volcanic ash and rock. It’s a mineral with a cage like structure that “catches” larger particles. Several studies are exploring the health benefits of Zeolite (although often in slightly modified, and thereby patentable, forms). According to one study Zeolite helped participants express out heavy metal toxins through urine.

Zeolite is great to have and to use occasionally, especially with news that far more US cities than Flint have high lead levels in their water. In a modern world, it’s hard to avoid all the toxins, so taking a week every now and then to pull them out can help support overall health.

Because Zeolite isn’t magic, it pulls out more than just the bad large molecules. Make sure to replenish important minerals like calcium. Make sure you’re also taking a daily multivitamin, or pair Zeolite with Humic and Fulvic acid, which are loaded with the minerals that are often missing from modern, over farmed soil. Humic and Fulvic acid comes from a deep layer of soil made from the remains of ancient forest. Rich and balanced with nutrients, it replenishes the body with what’s missing—and many say they notice an energy surge from it.

However you manage toxins and your health, make sure you do so safely. Zeolite, for instance, is something you add to your diet–no extreme fasting or diarrhea-cleansing required.