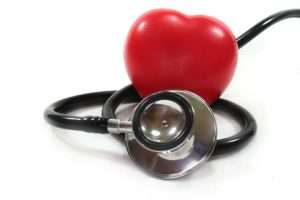 The risk of dying from a heart attack is much greater for those who live alone, according to new research. This matches well with a previous study that showed men who were unmarried (or had no partner) were more likely to die early than men who had a partner to look out for them.

How To Spot Heart Attack Symptoms

Whether you live alone or not, any heart attack symptoms are an immediate reason to go the hospital.

It’s important if you live alone to have at least one close neighbor that can help look out for you—who can drive you to the hospital if you’re not able, and who can come check on you if you break from routine suddenly.

A medical alert button, which summons an ambulance, is more expensive, but could be lifesaving for those who live alone, especially if there are no close neighbors.

Here are a couple of anecdotes for your consideration:

-I know of an older man who suffered a brain aneurysm shortly after his wife left for work—the bit of luck that saved his life was that he collapsed in his driveway and a neighbor was able to call for help quickly, so being partnered up doesn’t always help!

-An aging bachelor that I know suffered a severe stroke right before Christmas. If he hadn’t had family already coming over, not only would he have gone through the holidays undiscovered, he would have quickly become insurmountably snowed in! Luckily, family member’s called a friend with an SUV and he made it to the hospital in time to have a successful recovery (critical with strokes!).

-Finally, I know of a woman who ignored many symptoms that ended up preceding severe organ distress. It was her husband who finally insisted she go to the hospital, and just in time!

What are your stories about heart attack symptoms and having a partner or neighbor to help out?