Toxoplasmosis Symptoms May Include Suicide 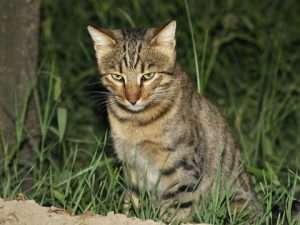 In a Danish study conducted using records of women who had given birth, a correlation was found between Toxoplasmosis infection and an increased rate of suicide.

Toxoplasmosis is a parasitic infection that is spread through feces, or through consuming undercooked meat of an infected animal. Although infection rates are quite high (up to half the world over have been infected at some point, with 10% of the US actively infected) most people don’t experience noticeable Toxoplasmosis symptoms. Of course, most parasite symptoms go unnoticed.

But it may be worth screening for Toxoplasmosis infection, since there may be serious symptoms that aren’t normally connected to Toxoplasmosis symptoms. It’s already known to cause stillbirth or birth defects when a woman is first infected during pregnancy, but scientists have stumbled upon other correlations—schizophrenics have been found to have a higher, more active rate of infection. Further research is ongoing.

How Do Toxoplasmosis Symptoms Affect Us?

There are two possible explanations for the mental changes. Major infections, from Staph to Rheumatic Fever, may cause the immune system in certain predisposed people to trigger changes in the brain. Correlations for many diseases are already known, but exact mechanisms are not.

The second is that Toxoplasmosis, which is already known to spread to the brain, is triggering the effects directly. Toxoplasmosis causes mice to lose their fear of cats, and actually replaces it with a reaction from the part of their brain responsible for sexual arousal, ensuring that the infection can live on in cats. In humans, Toxoplasmosis may affect the same part of the brain, but cause an increased amount of fear (leading to depression) instead.

As common as it is, it’s difficult for most people to 100% avoid contamination. Keeping the immune system strong can help lessen the effects of Toxoplasmosis symptoms.

-Change cat litter daily. If you’re pregnant, have someone else do it. Keeping the cat litter clean stops the Toxoplasmosis from having time to become transmissible.
-Cook meat thoroughly. Although free range, grass fed animals are better for you in every other way, they have the downside of increased possible exposure to Toxoplasmosis, which can reside in the uncooked meat.
-Wear gloves in the garden, and don’t garden while pregnant. Cat feces is common in soil around houses, and can lead to infection.
-Thoroughly wash fruits and vegetables which can pick up the infection from the soil.