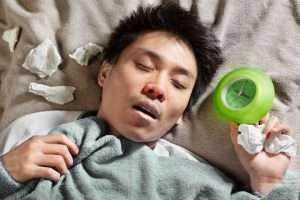 The Atlantic has an article looking at consequences and possible solutions for the growing epidemic of antibiotic resistance entitled “Resistance Is Futile“. Whether your agree with their solutions or not, the bottom line is that something will have to be done.

How Can We Stop Antibiotic Resistance?

The two main steps that need to be taken: 1) develop new antibiotics, 2) conserve old ones.

Of course, getting this done is costly, and it’s hard to incentivize pharmaceutical companies to develop drugs and then restrict and discourage sale of them. Solutions offered include raising the price of antibiotics, having the government buy them at a tiered rating (based on how new/revolutionary the antibiotic was), then controlling the sale to limit new resistance.

Of course, antibiotic resistance is a global problem, and it’s in third world countries where diseases long forgotten here, like TB (tuberculosis), Scarlet Fever, and others are not only surviving, but developing antibiotic resistance. Any plan we make will affect and be affected by other countries.

The simplest solution, then, would be to extend the patents for antibiotics. That way there’s no incentive to sell as many antibiotics as possible right away in order to recoup R&D back before the patents expire, and instead it can be earned while still conserving antibiotic use.

What Could The Consequences of Antibiotic Resistance Be?

We still have super-powered antibiotics and antibiotic cocktails to combat serious illness, but there are consequences for stronger drugs. A normal round of antibiotics can cause upset stomach (from killing the good bacteria), as well as other potential symptoms. With stronger doses, far more harrowing stories are told. (The Atlantic recounts the death of George Orwell from TB-the only antibiotic that worked gave him such severe ulcers his lips sealed shut from dried blood while he slept!).

Tuberculosis is spreading due to travel between countries, and while we can still treat it it’s only getting harder. Production of new antibiotics is declining, and so an answer will have to be found sooner than later. Without antibiotics, hospital visits, surgery, and transplants will become far more dangerous.

What is your response to the possibility of TB and other serious diseases returning?