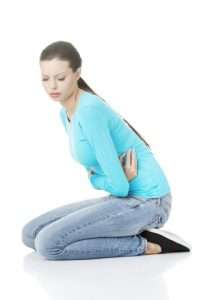 It’s not a trendy new children’s book—it’s a growing problem in the US. While there were only half a million US cases in the last 12 months, that’s more than previous years, and the infection rate is going up, so officials are worried this could be the start of a new trend.

What’s the name of this spreading virus? Shigella sonnei, but you may already be familiar with it as Montezuma’s Revenge or Delhi Belly. And, like many, many other bacteria, it’s increasingly resistant to the most common antibiotics used to treat it.

Shigella is spread through the fecal oral route—so not washing hands after going to the bathroom, before eating, while preparing food, or just not washing hands often enough then absentmindedly touching your face, or shaking hands with a face-toucher, etc. etc.

1-2 days later, stomach cramps, diarrhea, and bowel pain begins, and last for around a week. Similar to Norovirus, it’s highly contagious. What I’ve heard from a few friends who got it was that it cycled through their homes—one person brought it in, and by the end of the week, others were coming down with symptoms.

…Is that chances of catching it are still pretty low. Travellers are spreading it (so risk one is knowing an international traveller), but the bad news is that it seems to have taken hold on the lowest rung of society. More than half the cases of Shigella are homeless people and the very poor. If we go by outbreaks of tuberculosis, this puts volunteers and healthcare workers at risk (those noble folks), and has the potential to spread from there to their families, friends, etc. It doesn’t mean to stop volunteering! Just to be aware, and be a hand-washer!

This is the other way could come to infect you: like other diseases with a similar set-up (a foothold one step-away from most people) you can expect to see waves of outbreaks. Daycares, schools, nursing homes, cruise ships, and occasionally through communities in general.

How To Handle Shigella

For people with a strong immune system, riding Shigella out will be horrible, mostly for the inconvenience—a week glued to your bathroom. With any stomach bug (but especially with Shigella) taking a probiotic is critical. It’s a huge upset to your good, protective gut bacteria, and you don’t want a secondary problem after Shigella passes. The other important thing is drinking lots of water (protip: make your own electrolyte drink in a pinch with cooled boiled water, sugar, and salt).

For people with a weakened immune system, especially in this case young children, watch for any signs that the disease is differing from a really bad case of food poisoning. Neurological symptoms, worsening symptoms (a fever spike), severe dehydration, all might warrant a trip to urgent care/the ER.

For healthy housemates, clean. And don’t stop cleaning. If everyone in the house is sick, put bleach-based disinfectant wipes in all the bathrooms and use them. Every. Time. Stamp it out thoroughly or face it again.

And now that it’s taken hold, be prepared. Hopefully you’re already getting a daily probiotic boost, either from a supplement or fermented food. Make sure that elderly relatives and kids in daycare/school are getting culture-rich foods, too (not the candy brands). At alternate times, support your immune system with colloidal silver.

Let’s keep it light-hearted: anyone have a good nickname for Shigella now that it’s in America?