We use amino acids in almost every product for the body proper. And we are often asked why? Here is DrBill’s primer.

Protein Basics
Proteins are long linear polymers (polypeptides) built from strings of 20 different alpha-amino acids. Proteins are large organic compounds arranged in a linear chain and joined together by peptide bonds between the carboxyl and amino groups of adjacent amino acid residues. Proteins are chemically constructed from only amino acids (carbon, hydrogen, nitrogen (about 16%), oxygen, and sometimes sulfur). Amino acids are the Ã¢â‚¬Å“building blocksÃ¢â‚¬Â that make up the proteins and is what distinguishes Proteins from carbohydrates and fats. All proteins are linear and unbranched polypeptides.

In biochemistry, an amino acid is a molecule containing both amine and carboxyl functional groups. Amino Acids are chemically constructed from carbon, hydrogen, nitrogen (about 16%), oxygen, and sometimes sulfur. An amino acid may be a single (single amino acid) or connected to many other amino acids. Amino Acids form short polymer chains called Ã¢â‚¬Å“peptidesÃ¢â‚¬Â, longer chains are called polypeptides.

In the body, all ingested proteins are broken down to their various amino acids components. Internally, the amino acids are not stored anywhere in the body, they keep circulating around until used or excreted. The Ã¢â‚¬Å“aminosÃ¢â‚¬Â can be used to; build protein, build one of the 40,000 Ã¢â‚¬Å“amino acid complexesÃ¢â‚¬Â, converted to glucose and used as a fuel, secreted as waste, and more. The body stores the other caloric nutrients, but not proteins or amino acids (use or lose it baby), which is why it is vital for people to consume all the required essential amino acids daily.

Protein is a major functional and structural component of all cells in the body. Protein is an important building material for muscles, hormones, enzymes, the immune system and more. The body makes protein from 20 different Ã¢â‚¬Å“free amino acidsÃ¢â‚¬Â not from dietary protein, through a process called translation. Translation involves a step-by-step addition of amino acids following the genetic code from an mRNA to a growing protein chain by a ribozyme called a Ã¢â‚¬Å“ribosomeÃ¢â‚¬Â.

The latter often result from posttranslational modification of proteins. Amino acids have a variety of roles in metabolism. Besides functioning in our body as a protein building block, Amino acids have are biological molecules, forming parts of enzymes, coenzymes, biosynthesis precursors for molecules, and more.

The Ã¢â‚¬Å“Caloric NutrientsÃ¢â‚¬Â supply the direct and indirect source of glucose, which is the metabolic fuel used by our body. The three sources of caloric energy are proteins, carbohydrates, and fats. The nutrient components used in the burning of calories have no other nutritional value. Eighteen of the 20 Ã¢â‚¬Å“Proteinogenic Amino AcidsÃ¢â‚¬Â are Ã¢â‚¬Å“Glucogenic Amino AcidsÃ¢â‚¬Â and have the caloric ability, only leucine and lysine do not. The Glucogenic Amino Acids are a vital source of energy in the absence of carbohydrates and during fasting.

All usable amino acids in our food originate as protein. Eight of the 20 Ã¢â‚¬Å“essential aminosÃ¢â‚¬Â cannot be made in the body and have to be ingested from our food. These Ã¢â‚¬Å“essential amino acidsÃ¢â‚¬Â are valine, leucine, isoleucine, threonine, methionine, phenylalanine, tryptophan, and lysine. These six (Cysteine, Glutamic acid, Glycine, Histidine, Arginine, Tyrosine) are conditionally Ã¢â‚¬Å“Essential Amino AcidsÃ¢â‚¬Â, each one is not normally required in the diet, but must be supplied exogenously because they are not synthesized in adequate amounts by some groups of people. All Amino Acids become Ã¢â‚¬Å“essential aminosÃ¢â‚¬Â when our body does not make it when we need it. Each amino acid to function properly must be in its Ã¢â‚¬Å“free formÃ¢â‚¬Â state (singular molecule) to move around and perform its individual task.

What do Amino Acids Do?

Amino acids are essential to life, have a role in metabolism, and are important in nutrition. About 75 percent of the human body is made up of amino acids and this is why they are so vital to how our system functions. All the biochemical reactions that occur in the body depend on amino acids and the proteins they build. Amino acids help combat depression, help combat anxiety, and help with ADD, weight loss and much more.

However, Amino Acid (and proteins) have Ã¢â‚¬Å“enemiesÃ¢â‚¬Â that they are exposed to every day. These Ã¢â‚¬Å“enemiesÃ¢â‚¬Â are in the form ofÃ¢â‚¬Â¦ glucose molecules, sugars, and similar chemicals known as aldehydes. These molecules can be referred to loosely as Ã¢â‚¬Å“glycating agentsÃ¢â‚¬Â. These Ã¢â‚¬Å“enemiesÃ¢â‚¬Â try to attach themselves to these molecules. When they do this it is the start of a very dangerous situation. When the glycating agent attaches itself to an Amino Acid the Ã¢â‚¬Å“combined moleculeÃ¢â‚¬Â is like a particle floating around with a bit of super glue stuck to it. If that Ã¢â‚¬Å“glueÃ¢â‚¬Â comes into contact with another Ã¢â‚¬Å“amino acid complexÃ¢â‚¬Â then that new combined molecule may then attach itself other Ã¢â‚¬Å“Free AminosÃ¢â‚¬Â in a process called Ã¢â‚¬Å“cross linkingÃ¢â‚¬Â. Ã¢â‚¬Å“Cross linkingÃ¢â‚¬Â is bad because, now instead of having two good Ã¢â‚¬Å“Free AminosÃ¢â‚¬Â to help the overall health of the body and prevent premature aging, we now have what bio-chemists refer to as Ã¢â‚¬Å“grotesqueÃ¢â‚¬Â molecule known as an AGEs which is short for Ã¢â‚¬Å“Advanced Glycation End-productsÃ¢â‚¬Â. AGEs move around the body binding to cells and causing them to produce a number of poisonous chemicals plus other toxic by-products.

We must consume our essential amino acids, sometimes we donÃ¢â‚¬â„¢t have the time to eat a balanced meal, or our body needs more of certain amino, or we are just burning the candle from both ends. Sometimes supplements are the ONLY answer. drb

William Sheppard, D.Sc. (DrBill) an expert in the field of nutrition and dietary supplements, is a man committed to education about the powerful influence nutritional factors have on general health. Throughout his career, DrBill has approached wellness, by promoting the use of herbs and nutrients (welltrients) along with a lifestyle, to promote better both longevity and better wellness.

Our Welltrients and Colloids products offer health-conscious consumers the option of a single convenient powerful formula of nutrients, combined in the proper dosages, to address specific health concerns. Now we can replace an entire supplement regimen with one cost-effective nutraceutical approach. Formulations are available to address obesity, vision, emotional health, brain function, joint health, and more. See all our Natural Supplements and Colloids for Life products by clicking here For an excellent source of Amino Acids see our Nite MGR product. 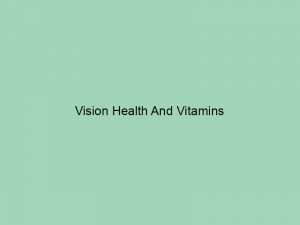