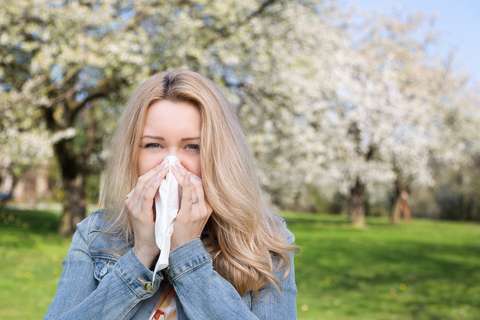 Friends were recently complaining about how they’d just gotten over what they thought was the last cold of the season, only to get hit with a snap of cold weather and have another sweep of colds/sinus infections go through the area. And, icing on the cake, some flowerbeds are showing green sprouts already, so it’s only a few weeks before pollen really gets going.

It really is a never ending cycle—colds and flus will be replaced by allergies (and clogged sinuses lead to infections and more), head colds, walking pneumonia, and other summer illnesses. Really, there’s always a reason for extra immune support, like colloidal silver.

Then there’s travel: winter travel spreads colds and flu, both domestically, and brings in new strains from abroad. For spring, we’re already seeing the rapid spread of Zika into the states (and while the headlines are focusing on women and infants, it’s important to remember that men are as/more at risk—both as potential fathers/the unknown length of time it lingers in sperm, and for the possibility of Guillain-Barre and similar severe triggers).

-January: Everyone hits the gym! Where they unfortunately can share diseases like MRSA, Athlete’s Foot, and even Jock itch. And since flu seasons still going, a crowded gym can be a good sharing spot (good thing exercise boosts your immune system! Just make sure you’re wiping down surfaces with provided cleaners/towels and wearing flip flops in the lockers).

-February: Still the season for colds, flu, MRSA, and more.

-March: Cold and flu season starts to end, usually, but sometimes it lasts until June! Allergy season takes over. As the weather warms up, disease carrying mosquitoes and ticks wake up. Thanks to warm weather, feces-derived food poisoning takes hold, and food recalls begin.

-May: Pools open, and in addition to the above warm weather problems, you’ve got bare foot problems: Athlete’s Foot, and in some parts of the country, parasites.

-September: Here comes fall, and decaying plant matter (a shift in allergy season from pollen to mold). People start getting diagnosed with West Nile and other slow-to-bake summer illnesses.

-October: Cold and flu season start warming up, and people start having weakened immune systems thanks to less Vitamin D, holiday/end of year stress, and winter travel. As it gets colder, Norovirus stories slowly creep into the headlines.

-November and December: Everything that started in October builds up and up while many people also start consuming more junk food that gets peddled alongside the holidays.

Then New Year’s Eve hits, and we all solemnly swear to make better decisions for our health the next year.

But you can start making those decisions right now. While warm weather will hopefully boost your mood and immune system, there’s still plenty of health problems circulating through the spring, summer, and beyond.

Colloidal silver is a great daily immune supporter. Barring an allergy to silver, it’s really one size fits all immune support, and easy to adjust as needed—a little more when your coworker sneezes on you, a little less when you are super on top of eating well, exercising, sleeping enough, and destressing.

And once you’re feeling good, it’s easier to build good habit and keep them going all year long.