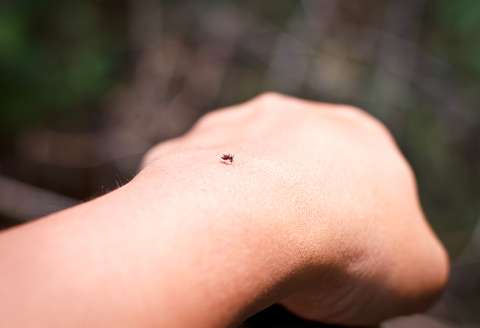 While many outlets have stressed that the US has nothing to worry about, that’s an odd opinion. Every other country with the potential for Zika is doing everything it can (including changing cultural beliefs about pregnancy) to reduce its impact. And the US is far from prepared, in fact, we’ve got a long list of problems.

-First, we’re pretty hodge podge. Mosquito control happens at a very local level, which means a coordinated effort is going to be hard to come by.

Not only will that make a lot of people mad, it’s not really going to work. The primary mosquito that carries Zika can reproduce in the tiniest of water pools (think thimble) and survive without water until more reappears. And, they can live in your home—where hopefully no one will be entering to do a spray.

-Mosquito control varies wildly across the US. Some areas have money to fund everything they need—aerial spraying, lab tests, and more. Other areas have almost nothing—really. Some state have continued to cut budgets for mosquito (and tick) control all the way through last year.

-In fact, over the last ten years, we’ve cut back all kinds of mosquito and tick control, testing and other protective measures. West Nile is out of the headlines, so people with potential symptoms of the severe complication encephalitis (brain swelling) often don’t receive testing, and on and on.

-Not that it matters, though, because even those areas with the means to fight mosquitoes aren’t set up to fight Zika carrying mosquitoes.

Forget what you’ve been told about avoiding mosquito borne illness—it’s no longer enough. To avoid West Nile, we were warned to avoid going out during sunset and sunrise. Zika is going to be hanging around all day, and in many more, less predictable places. We also need to get labs prepared to test and diagnose the new illness.

Who needs to worry?

-Anyone, man or woman, planning a pregnancy. So far, we think women only need to worry for one cycle after contacting the virus. Men though? Diseases seem to survive in sperm for a long time, and it’s not something that’s well studied (we’re still dealing with, and learning about, Ebola being sexually transmitted by men who’ve survived it).

-People with a weakened immune systems, especially children, the elderly, and men with poor immune systems. Guillain-Barre and other complications can arise from Zika.

Otherwise, though, most people won’t even know they were infected. So take every precaution (support your immune system!), then enjoy the outdoors.