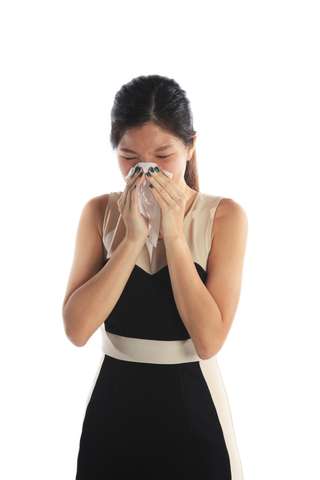 With none of the romance of a Puccini opera, over a thousand people in Northern California have been exposed to tuberculosis. But wait, here’s the scary part: it took more than a month to put together a list of patients and hospital staff who were exposed, and to begin the notification process.

How did this happen? That’s a question that should be addressed, although I haven’t seen a statement about it yet. The first patient identified was a nurse, and she tested positive for tuberculosis while looking at other medical issues (she had just passed the yearly hospital screening a few months prior—so, August staff was tested and cleared, November she tests positive, December an announcement is made and more testing begins).

A short while ago, the state of California was chasing down a homeless man who had tested positive for TB and potentially spreading it, or one of California’s other outbreaks have maintained a toe hold—that’s one possibility, but who knows what we don’t know?

Those infected include 350 infants who will go straight through 6 months of treatment (this is shocking and horrible to me—that is going to be so hard on their organs, but the risks to the disease developing are weighed to be much higher), 368 mothers (and presumably their spouses who may have slept at the hospital?) and 338 staff members. If anyone else tests positive (unfortunately likely since newborns and pregnant/postpartum women have weakened immune systems) those numbers could grow.

Tuberculosis is a virulent, antibiotic resistant disease that is spread by breathing in the bacteria an infected person (who may not be showing severe symptoms if they’re otherwise healthy) sneezes or coughs out. It requires a minimum of 6 months of side-effect heavy antibiotic treatment. In fact, the side-effects are so severe that caseworkers are often assigned to patients to ensure they follow the multiple times a day antibiotic regimen.

If it’s not clear, it’s really expensive, too—and that cost, the financial, emotional, physical toll it takes on patients and the system can often lead to a more severe outbreak as people resist getting treatment and go back out into the world to spread TB.

Tuberculosis fell off the radar when antibiotics came on the scene. Aggressive use of them cleared it out of most of the Western world, although it’s continued to thrive abroad, where it’s become more deadly and antibiotic resistant.

Or, at least, the perception is that it’s been cleared—but, in fact, there are some 9,000 cases in the US each year. Possibly more, if you remember the Jacksonville, Florida outbreak from a few years ago and how that was handled.

No one is looking for TB—there’s enough serious flu strains, colds, and other diseases going around and hogging the headlines for tuberculosis to hang out in the background. But it’s something we should all take note of—after all, we’ve begun an antibiotic winter (a strain of E. coli has evolved past our last line of antibiotics, although it hasn’t made it to the US yet).

It’s something to be aware of—to look out for, and to strengthen your immune system against.